Reaching over 50% of homes in Russia and the CIS

The 36° East orbital position is the leading broadcast neighbourhood for Russia and the Commonwealth of Independent States (CIS), reaching 50% of homes across the region.

This unrivalled neighbourhood has benefitted from increased satellite resources, the launch of new television channels and the surge in popularity of new broadcasting formats, with new UHD channels joining the popular neighbourhood.

To complement this coverage, capacity at 56° East brings fresh and expanded broadcasting resources over Siberia to support expanded digital services in the Russian Federation.

Leading broadcast neighbourhood for Russia and the CIS

Reaching 50% of TV homes across Russia and the CIS, the EUTELSAT 36B and EUTELSAT 36C satellites at 36° East form the region’s leading broadcast neighbourhood.

Over 12 million Direct-to-Home antennas in Russia are already pointed at this leading video neighbourhood, subscribing to the premium NTV+ platform or Tricolor, one of the world’s fastest-growing TV platforms. Around 600 TV channels were broadcasting to the region in 2020.

EUTELSAT 36C, co-positioned with the multi-beam EUTELSAT 36B satellite, is a state-of-the-art, high-capacity satellite which is transforming the broadcasting infrastructure at 36° East into a broader system to support more television services and IP-based applications to match the development of Russia’s digital entertainment market.

Serving an audience of 25.6 million homes across Russia and the CIS

Optimised coverage of Russia, the CIS and Central Asia

Express AT1, at 56° East, complements 36° East by adding to the European part of the Russian coverage and furthering resources over Siberia.

Supports the expansion of digital services in the Russian Federation

Owned and operated by RSCC, Express AT1 offers a powerful coverage up to 54 dBW

Express AT2, at 140° East, delivers satellite broadcasting services to homes in Far East Russia, complementing coverage of the European part of Russia provided by the EUTELSAT 36B and 36C satellites located at 36° East.

Supporting the expansion of digital services in Far East Russia

Owned and operated by RSCC, Express AT2 offers a powerful coverage up to 54 dBW 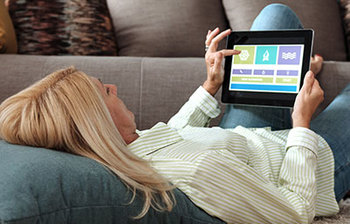