4 Myths About Switching From SD To HD

Four commonly held beliefs are holding FTA channels from upgrading to HD - but are they true?

HD television viewing is quickly becoming the norm around the world, and many retailers are no longer even stocking standard definition televisions. In the USA alone, over 80% of households own an HDTV set, and one in two households own multiple.

Despite this trend spreading to the rest of the world, many FTA channels are still only providing SD transmissions to their customers. They cite four common challenges that hold them back from upgrading to offering a full HD experience. However, with the demand for HD growing will these channels be able to continue this practice, and are these challenges even valid?

HD doesn’t have any value on advertising revenues

This myth is usually propagated based on the idea that the current pool of viewers usually remain on an FTA channel and do not grow in size once that channel upgrades to HD broadcasting.

However, broadcasting in HD has historically benefited these channels with regards to advertisers for 4 primary reasons:

Today, the myth that HD doesn’t bring in more advertising has never been more inaccurate. In 2019, entertainment advertisers expanded their marketing by 25% on HD channels in India, with some other categories expanding 8.5 times more on HD broadcasting.

HD channels do not have any impact on viewership timing 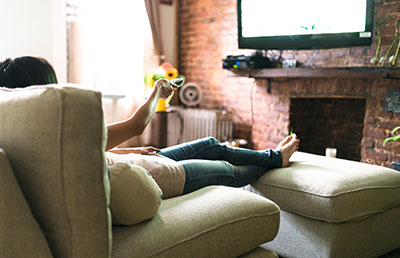 Another common claim is that viewers watch SD and HD TV for the same amounts of time making the upgrade to HD TV not preferable if a channel is seeking ad revenue. However, the facts support the complete contrary.

HDTV is actually responsible for increased viewing from consumers when compared to lower quality streaming. In a 2010 Nielsen Company study, USA households who had access to HDTV were responsible for a 3% overall increase of primetime viewing than their SD peers. In the case of markets such as India, HDTV is responsible for a viewership increase of over 140% from 2017 to 2019.

Broadcasters are not ready to upgrade their production facilities to HD 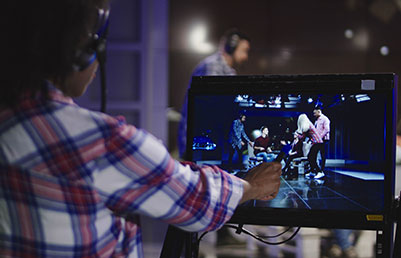 While this is more a fear than a myth, it’s a common-enough inaccurate belief to warrant a mention. Many broadcasters simply feel that they cannot supply HD content with the resources they currently have on hand, and in order to upgrade their facilities to provide such content would be too expensive. Broadcasters have also stated that they cannot meet the bandwidth requirements for end-user demands in terms of a quality viewing experience.

With satellite connectivity becoming a cost-effective and available option for broadcasters, the concern that lack and availability of resources are quickly disappearing. There are many examples today of cost-effective solutions such as multiplexes and uplink stations that scale well with usage growth and the latest technologies.  In addition to this, Eutelsat customers benefit from decades of experience to help broadcasters achieve their viewing quality benchmarks.

In regions such as Africa, Middle East and some parts of Asia, broadcasters are wary of the viewing and HD capabilities of the consumers in the region. They feel that there are too little HD-enabled households and that even if they were to offer HD, not many viewers would be able to take advantage of it.

As time goes on, so does the access people have to technology. Today, most households have some kind of HD access, whether it’s in Africa, Europe or the Middle East. According to the IHS, over 79% of Western European TV sets will be HD-enabled by the end of 2020 and 64% of all TV sets in North Africa and the Middle East will have access to HD viewing. According to our own research, 1 in 2 Kenyan and Nigerian households have access to HD TV sets and are rapidly adopting HDTV viewing habits.

The truth is, most consumers around the world are HD-ready, and in markets such as Africa, Middle-East, Europe and Asia, are actively growing.

The best time to upgrade to be HD-enabled was yesterday - but the next best time is right now. If broadcasters want to grow their ad revenue, keep their viewers entertained and satisfied and ultimately grow their organisations, they will have to upgrade to HD to stay relevant in 2020 and beyond.

HD entertainment requires backup from a connectivity provider, and one of the most far-reaching and reliable streaming mediums is satellite. Eutelsat is one of the world’s leading satellite service providers and has assisted broadcasters from around the world stream entertainment to millions of people.

If you would like to find out how Eutelsat can help you achieve your broadcasting goals, contact us today, or find out more about HD broadcasting on our website.