HOW IoT WILL ENABLE INNOVATION

Telecommunications, computers and the internet have all helped propel humanity forward. They have enabled us to achieve more than was technically possible in the past.

Now, we, as businesses and as individuals, are fast approaching a new era in what is technologically possible. Soon, nearly every object will be able to communicate and share information or data at near-instantaneous speeds. Human interfacing with many machines and consoles will be minimised, and issues which previously could have led to catastrophic problems will be solved before they ever have a chance to begin.

The era, of course, is the introduction of wide-scale Internet of Things (IoT) services where information is collected and shared between remote smart-devices. Connected things can signal their environment, be remotely monitored, controlled – and increasingly, make decisions and take actions based on the messages they receive.

IoT promises to bring a variety of business benefits with it, including increased efficiency across industries, safer infrastructure and reduced operational costs.

This blog post will take a look at how IoT will innovate life and aspects of industries as we know it.

The vast expanse of lands, the sheer amount of livestock that needs monitoring, and the ever-expanding harvesting statistics make the agriculture industry a prime candidate for a total IoT revolution. Indeed a recent study by Idate forecasts that over 20% of all connected assets will be agriculture related by 20301.

IoT enables farmers to not only make smarter decisions but to automate many of the processes that make up their day to day work. Water and feed levels can be monitored to optimise distribution; crops can grow better when decisions are based on accurate data on soil conditions; and roaming animals can be tracked to minimize the risk of losing them. IoT can also help in environmental protection. In 2017, Eutelsat and the Sigfox Foundation joined forces to protect rhinos through the “Now Rhinos Speak” initiative. A remote tracking solution fitted in the rhino horns sends positioning data to a secure on-line platform via satellite, giving game park wardens updates on the animals’ movements to improve protection against poaching.

Once IoT has gained wide-spread use, smart farming will become an extremely relevant application field for predominantly agricultural-product exporting countries around the world and will speed up development in these countries.

The ability to automatically monitor remote operations and receive feedback in real-time has already seen success for some companies. General Electric has been praising the benefits of creating an “Electricity Value Network” which allows for visualisation across the entire electricity grid in real-time, allowing them to optimise and react when necessary from remote locations2.

Another great example is a Turkish-based solar power plant operator with production facilities in the Izmir province of western Turkey. They need to provide clients with real-time visibility on electricity production and be alerted to any production or security alerts, as there is no human presence on-site. With many of the sites located in rural areas, where there is limited or no access to terrestrial communications networks, they use a satellite IoT solution giving them the coverage they need while maintaining low operational costs. Telemetry data and alerts are transmitted from the remote sites to the engineers in the capital city, around the clock, giving them a fully informed picture of the power plant’s performance.

The monitoring and optimisation benefits that come with implementing IoT provide more early warnings, and improved efficiency, much faster than non-connected assets operated and monitored by humans alone.

Accurate, real-time updates on energy consumption, event and power quality information to businesses and network management systems is a sector that IoT can drastically change for the better.

Both the utility and the energy consumer benefit from precise information that enables greater control over energy distribution and use. With IoT, home energy management applications to automated demand response systems will help make energy efficiency a reality from distribution to end-use. One example is a data service provider in Europe, supporting the nationwide deployment of smart electricity and gas meters. The meters collect and transmit energy readings, but also need frequent firmware updates to ensure the solution remains fully secure, private, and can deliver additional features over its 15-year lifespan. Over 100,000 homes in the country are out of reach, as their terrestrial coverage is not sufficient, so a satellite IoT solution enables both the data to be repatriated and firmware upgrades delivered to the remote devices securely and cost-effectively.

IoT applications will help to forecast consumer demand accurately and provide new insights into consumer behaviour. This will allow utilities to help reduce peak demand and manage the electronic load in real-time, through automation.

While IoT applications can certainly make our lives easier, they can also end up saving them.

From digitally connected gear with built-in sensors that measure air quality, toxins and motion, to protective clothing that rely on continuous vital signs, IoT has multiple applications for the capacity to save human life, no matter how remote the disaster.

Scientists today use ground movement acceleration sensors to trigger early earthquake warnings by using different shock waves that a tremor emits. The early, small tremors are hardly recognisable to humans, but with the right IoT sensors, scientists can predict the more dangerous tremors that will follow. Using this data, express trains and elevators can be halted, factories can swing the arms of industrial robots into secure positions, and people can be evacuated before a threat materialises. These monitoring stations are not only used for imminent earthquakes, but can also be applied to structures such as bridges or skyscrapers to monitor their condition and issue early warning.

The recent Australian wildfire disaster has left many wondering if there was a way to prevent such carnage. IoT may have the answer - Spain has sensors attached to trees to record parameters that change during forest fires, such as temperature, humidity, CO2 and CO. The instant these sensors reach critical levels, they automatically notify the fire service with GPS coordinates.

In terms of preventing disaster in the private sector, nuclear power stations have used IoT to monitor the operating status of the plant, including emissions into air, water or any local release of radioactive matters. If thresholds are exceeded, these sensors will automatically alarm the on-call service and notify authorities.

Optimised and automated production and logistics

IoT has many applications when it comes to gear that can automatically respond to all the other equipment in a workflow. When applied to a production-oriented environment, companies can reduce waste and streamline their time and resources thanks to equipment and assets, no matter how remote, working together without human input.

This naturally leads to fleet management and logistical improvements – an industry with huge potential for the IoT market as almost 60% of connected IoT objects are forecast to be related to logistics by 20301. With the right tracking tools and IoT devices, logistics managers can track their entire fleet of vehicles in real-time, and let automated systems make smart decisions about routing vehicles, improving productivity and reducing expenditure. Managers can also leverage their data to more efficiently maintain and repair the vehicles in their fleet as well. 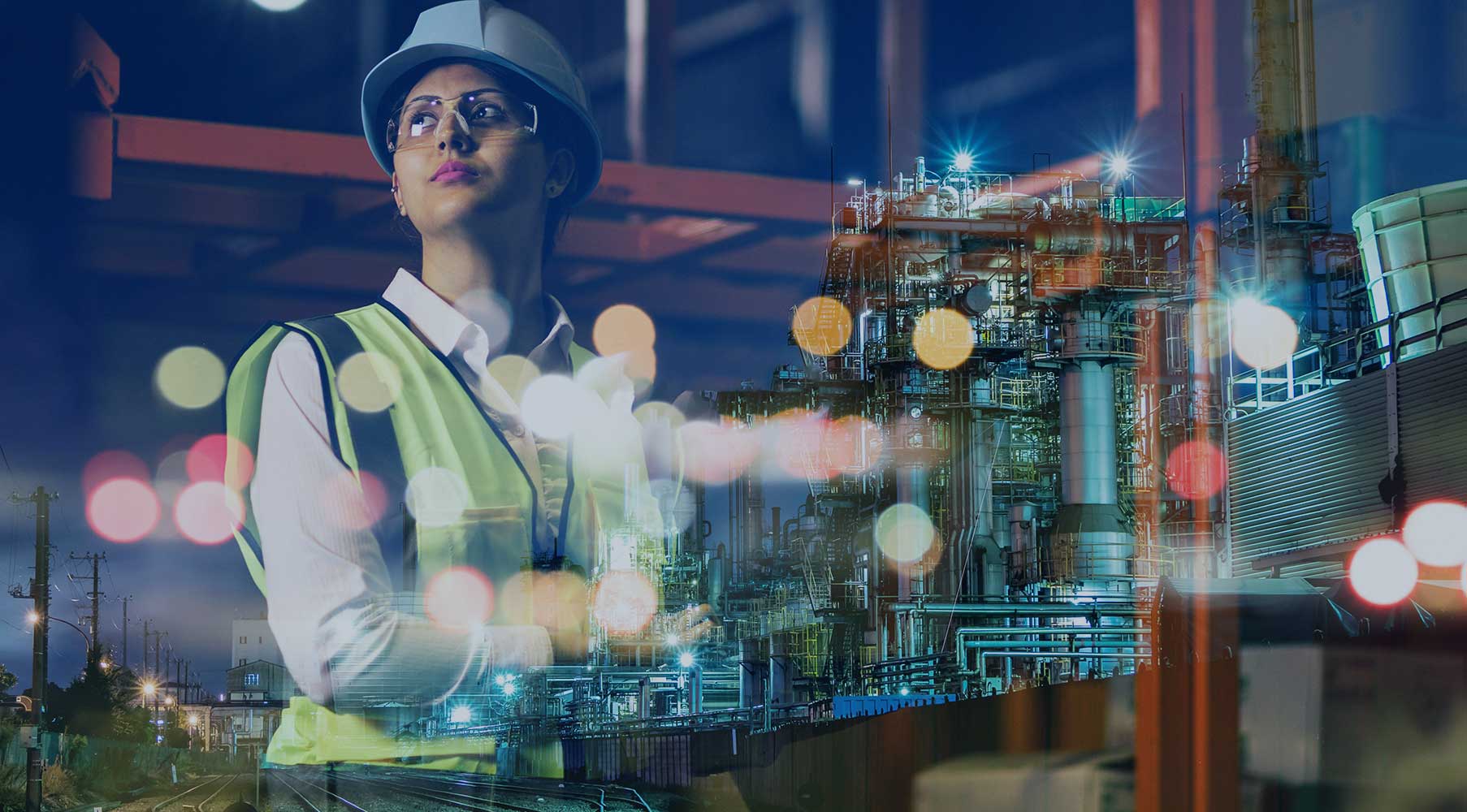 The Internet of Things is a versatile, affordable and valuable tool for any industry. Over time, enterprises will gain a better understanding of its reach and the growth opportunities it offers. It is to be expected that IoT will continue to grow and improve in the coming years.

Many businesses today can see the benefits of IoT but have a few challenges in implementing it for their own business. The primary problem is usually connectivity. While IoT will revolutionise the way we use technology, we need to be able to connect in the first place reliably, no matter where in the world.

There are a few solutions to these challenges which we will be discussing in our blog. Still, one such solution is IoT FIRST from Eutelsat, a cost-effective satellite solution that reliably connects your assets no matter how remote they may be.

You can find out more about IoT connectivity options such as IoT FIRST here. If you would like to try out the world’s first satellite service designed and optimised for IoT, contact Eutelsat and enquire about IoT FIRST.